Jeff and Max didn’t know each other, but they should have. Max was Tomi Schwaetzer, aka Max Watts; Jeff was my younger brother, Jeff Sharlet. Max and Jeff would’ve liked and respected each other. They were both working simultaneously on the Vietnam antiwar front of the ‘60s, although half a world apart – Jeff in the US and Vietnam, Max in West Europe.What makes an antiwarrior? Max, nearly a generation older, and Jeff came from disparate backgrounds. Max was an Austrian, Jeff an American. Max came from a professional family – his father a physician, his mother a psychoanalyst. Jeff was born into a business family, both parents ‘in retail’ as the saying goes. Neither family was particularly political. However, living in Vienna in the early ‘30s the Schwaetzer family could hardly have been unaware of the politics roiling the Continent. The Sharlets, from a provincial American city in the ‘40s and ‘50s, were certainly aware of the Cold War writ large (who wasn’t), but otherwise family table talk was business and social life.

What politicized Jeff and Max? As the Nazi movement swept across Austria, Max’s parents fled to neutral Switzerland, staying one step ahead of the coming Holocaust. At the time, Great Britain allowed two members of a refugee family on temporary visas. It was decided that Tomi and his father would go so that Dr Schwaetzer could try to establish the right to practice medicine in England.  Failing to do so, the doctor, a patriotic Austrian who'd though it would all blow over, committed suicide.

Meanwhile, Max’s mother and sister had made the arduous journey through Paris over the Pyrenees, across Spain to Lisbon, and aboard a ship to America. Under the circumstances, there was no one left in Europe to whom Max, a minor, could be sent, so the British government permitted him to remain at a boarding school. Max finally made it to the US working as a deckhand on a freighter, rejoining his family in New York where he began a life of left activism that eventually took him to revolutionary Cuba, the new State of Israel, France, Germany, and Australia, and continued until his last days many decades later. 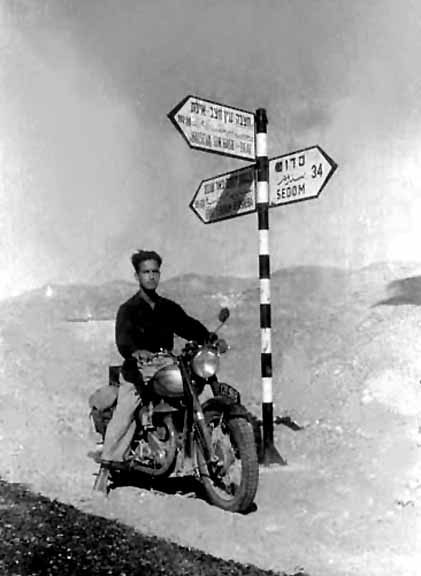 Jeff also came from a comfortable background. He spent years in prep school, but in his senior year his father suffered a financial reversal that severely curtailed Jeff’s plans for college. He went off to a low-tuition public university, but, very unhappy there, did not stay long. In those years, young men either attended college with a deferment, or the two-year draft beckoned. Jeff gave the military a 3rd year for the privilege of studying a foreign language for 12 months. He’d been promised a Slavic language and a European posting, but by the luck of the draw ended up in the Vietnamese course, inevitably becoming a Vietnam GI very early in the American war.

Jeff as a cadet at the Albany Academy ‘60

Working as a spook in a semi-secret intelligence organization, Jeff found himself in some hot spots and unusual situations. Under cover he worked at the periphery of the coup against Diem; was involved in infiltrating commandos into the North; and engaged in other mysterious actions, the secrets of which he took to the grave. Jeff went to Vietnam in ’63 curious about the international politics of that part of the world, but came home thoroughly disillusioned with the US mission in Vietnam. He devoted the remainder of his short life to opposing the war.

Their modus operandi was different, but Max and Jeff were working along parallel lines. Max dealt largely with US deserters, but also disgruntled troops in France and West Germany; Jeff’s constituency was mainly active duty GIs in Vietnam as well as stateside troops training for the war. Max operated on a case by case basis with individual deserters who came to him for help as well as dissident troops in the ranks.The spontaneous movement for which Max was spokesman was called RITA, Resistance inside the Army. Jeff reached military personnel of all services en masse through his underground paper, Vietnam GI (VGI), the first of its kind edited by an ex-GI exclusively addressed to men at arms in the war.

Both men became antiwarriors of stealth by necessity. If the French authorities caught US deserters, they’d return them to their bases in Germany where, inevitably, sanctions awaited, so Max and his RITA colleague June van Ingen had to keep them well hidden. Max, an alien on French soil, became the object of French police surveillance himself and was eventually deported for his RITA activity. He continued the work in Germany where he came under clandestine scrutiny by US Military Intelligence (MI).

In the States, J Edgar Hoover ordered surveillance on Jeff and his VGI staff. The FBI successfully discouraged Chicago area printers from taking on the press run of the paper, forcing Jeff and colleagues to drive long distances to a willing printer. Agents would knock on Jeff’s apartment door, always in standard trench coat and fedora, just to remind him they were watching. MI, operating out of a stateside base, also got in the act since VGI was considered a threat to the ‘good order and discipline’ of the Army. And unless the paper was mailed by the expensive method of First Class, the postal authorities were on the lookout for ‘seditious’ material being sent through the mails.

Max and Jeff’s respective undertakings required different approaches to publicity. For Max, who made his living as a journalist, publicity was the key, the more and the higher the visibility, the better. Thus, he would set up interviews in Paris with the US press in Europe eager to talk with deserters as undercover operations with the GI’s identity screened from the journo by a sheet stretched across the room. Later in Germany, a GI leaked to Max that his phone was being tapped by the Germans on behalf of MI, an embarrassing story for the Army that Max played beautifully to the European and American press, including good billing in the New York Times (NYT).

Conversely for Jeff, the direct glare of publicity on his enterprise was to be avoided in the interest of maximum efficacy. Anything that would give an investigative edge to the FBI, MI of Northern Illinois, the postal inspectors, or the Chicago Police Department’s ‘Red Squad’ was unwelcome. Hence, assembling issues of VGI would often entail moving from one friendly apartment to another to keep the opposition guessing. And when Jeff went on the road, either to do interviews with returning Vietnam combat veterans or for fundraising to pay the bills, he would occasionally call me to say hello, but always from a telephone booth in one city or another which he would routinely say best not to identify.

Nonetheless as VGI’s success with troops at home and abroad became apparent; both Jeff and the paper unavoidably came in for favorable visibility in spite of his low profile – including in the NYT, the magazine Esquire and, via the wire services, in the regional press. 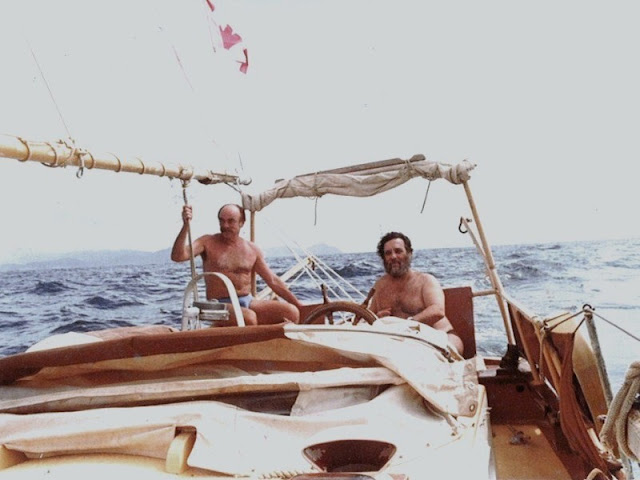 Max, a skilled helmsman, once blocked a US nuclear-powered guided missile cruiser from entering Sydney Harbor, ‘80s. He continued his activism to the end.

In effect, both Jeff and Max in their different theaters of operation, succeeded in stoking opposing GI resistance to the Vietnam War by seeding doubt among the very people being asked to put themselves in harm’s way in prosecuting the Vietnam War. In turn, each man received well-earned recognition in subsequent literature on the conflict – Max in books by the ex-deserter Richard Perrin (’01); the former defense lawyer for GIs in Germany, Howard De Nike (’02); as well as his fellow RITA activist June van Ingen (‘11).* Jeff has been memorialized in David Cortright’s classic of GI resistance (’75), Andrew E. Hunt’s history of Vietnam Veterans against the War (VVAW) (’99), and Bob Ostertag’s study of the underground press (’06).

Jeff Sharlet will get a memoir of his short but interesting life (d.’69) for which this blog is a percursor, while the long and dramatic life of his comrade in peace, Max Watts (d. ’10), awaits its biographer.

*See her novella Max’s Anti-Vietnam Network posted on her blog Against the Army at http://againstthearmy.blogspot.com/.